It gives me great pleasure to see my assistants make their mark in the literary world. From time to time Keith Souter helps me out here at the Chronicle and I rather think that it would be fair to say, he has picked up a tip or two from working with the professionals.

While he was up here a few weeks ago we went out and did a bit of bird-watching round Loch Hynish. As all you nature watchers out there know, there is no better place to see the Sea Eagles and the Golden Eagles than right here on West Uist. It gets cold mind you and a dram or two of good old Glen Corlin malt whisky never goes amiss. Anyway, maybe it was whisky or maybe it was the muse that lurks around the loch, but he came up with the idea of writing about the bird hide. Whatever it was, he wrote a short one act play entitled HIDE. It is a comedy about a young couple going into a bird hide – but things don’t turn out as either of them expect!

Well, the play was selected for performance by good professional actors at the Hotbed Drama Festival in Cambridge over three days of the festival. And it won a prize!

We will need to get him writing another play for our own West Uist Literary Festival. And if course, if you need a reminder about the last one, just read the first book in the series, THE GATHERING MURDERS 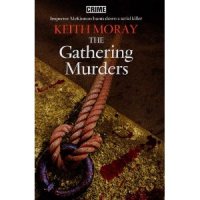