It has been a while since my last post. In part it has been because I was over in the USA driving route 66, and in part because I have been busy on the keyboard. As a result there are a few works coming out now.

ADVENTURES FROM THE CASEBOOK OF DR MARCUS QUIGLEY

The collected short stories is out now published by High Noon Press. 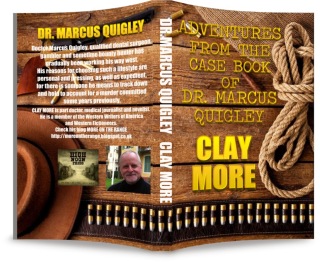 Doctor Marcus Quigley, qualified dental surgeon, gambler and sometime bounty hunter has gradually been working his way west. His reasons for choosing such a lifestyle are personal and pressing, as well as expedient, for there is someone he means to track down and hold to account for a murder committed some years previously.

It is actually the featured paperback on Helping Hands Press this week. Check the link:

THE HEAT OF BATTLE

A while back Jeremy Jones came up with the idea of getting a bunch of writers together to pen some boxing tales for an anthology, the profits of which were to go to help a writer-in-need. He was so successful in getting authors to write stories that he was able to produce two anthologies.

My story, The Heat of Battle starts during the Korean War and ends up in the old boxing booths of England. 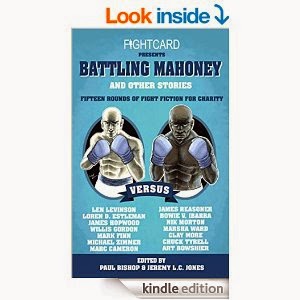 Fight Card Presents: Battling Mahoney & Other Stories is the second in a series of charity anthologies from the Fight Card authors’ cooperative – a writers’ community featuring many of today’s finest fictioneers, including James Reasoner, Loren D. Estleman, Len Levinson, James Hopwood, Mark Finn, Jeremy L. C. Jones, Michael Zimmer, Marc Cameron, Nik Morton, Marsha Ward, Clay More, Chuck Tyrell, Bowie V. Ibarra, Art Bowshire, and featuring an extensive essay, On Boxing, by Willis Gordon.
Compiled by Paul Bishop and Jeremy L. C. Jones, 100% of the proceeds from these anthologies go directly to an author-in-need or a literacy charity. Words on paper are the life blood of a writer. The writers in this volume were willing to bleed in order to give a transfusion to one of their own – and then continue to bleed to give a transfusion to literacy charities in support of that most precious of commodities…readers. They are true fighters, every one…

Another collection of short stories written under the collective house name of Remington Colt.

Best-Selling authors Murray Pura, Jen Cudmore, Clay More, James J. Griffin and Clay Dolan bring to you the adventures of Wells Fargo agents Remington Holt and his assistant Amos Drewery.
Are they who and what they appear or are they that and much more?
Take the high octane ride with the Wells Fargo agents as they solve the big mystery that awaits them.

My story redemption Trail is one of five stories in this anthology from Western Trail Blazers.

Sam Gibson used to be a lawman, until the day he made a terrible mistake that could never be taken back. Since then, he has alternated between wishing there were a way he could redeem himself and believing he deserved punishment.
He’s about to get both…

My novel about Dr George Goodfellow, the surgeon to the gunfighters, one of the most remarkable doctors of the 19th century.

West of the Big River, published by Western Fictioneers is a stand-alone series that can be read in any order. In Tombstone, Arizona Territory, the town too tough to die, Dr. George Goodfellow is known as the Surgeon to the Gunfighters. Friends with the Earp brothers and Doc Holliday, his services as a doctor are needed in the aftermath of the Gunfight at the O.K. Corral, but Goodfellow is handy with a gun and his fists, too, and he needs those skills to survive when he’s stalked by a crazed miner and has to untangle a deadly murder mystery!


And coming out at the end of August from Robert Hale…. 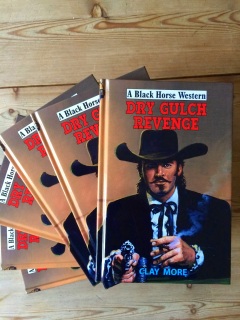 Fate handed Hank Hawkins the opportunity of achieving his ambition of buying a ranch, and all he has to do to make it happen is to make it easy for a gang to rob the stage in Devil’s Bones Canyon. Hank soon realizes, however, that the robbers never had any intention of leaving anyone alive and had planned a dry gulching. He survives but regains consciousness back in Hastings Fork, he vows to track down the murderers who betrayed him and have his revenge. But, when he sets off, he finds he has a companion – Helen Curtis, the fiancee of the messenger whose death lies on his conscience. Hank has many things to figure out, such as why there was one body missing and things are about to get even more complicated with the threat of death for both of them never far away.

There are also a couple of stories in upcoming anthologies, but more on that in a later post.