Goodness, where does the time go? I have been so busy with various books and writing projects that this poor old blog has been rather neglected.

So in the next few posts I’ll focus on some of my upcoming work.  First up, a cat-based mystery story in a great new anthology. My story is written under my western pen-name of Clay More.

It is 1926 and the world mourns silent movie heart-throb Rudolph Valentino who has suddenly and tragically died at the age of thirty-one. His secret lover, the movie star Kay du Maurier is bereft, but must keep her secret hidden from the world and especially from her husband, the famous adventurer and big game hunter, Colonel Fenton Carlyle. Rudolph’s death is only the first in a series of tragedies in this supernatural feline murder mystery tale from the silent movie era. 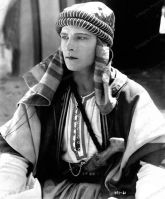 Rudolph Valentino
I have always been fascinated by the silent movie era and the idea just came to me when thinking about Lily, my little writing buddy who died a couple of years ago, but who still seems to be around when I write! It is loosely woven around the great Valentino and Clara Bow, the original It girl.  (She had starred in the 1927 romantic comedy It.) 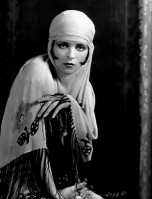 It appears in an anthology of feline mystery tales by some great writers: Livia J Washburn, Bill Crider, Cheryl Pearson, Deborah Macgillivray, Angela Crider, C A Jamieson, Molie Hunt, Isabella Norse, Rochella Spencer, Mariah Lynne, Brandy Herr, Faye Rapoport DesPres  and myself, Clay More.
From magic to murder, from felines to faeries, the authors of NINE DEADLY LIVES spin thirteen tales featuring those sometimes aloof and occasionally dangerous but always adorable creatures we know and love as cats! Whether it’s mystery, fantasy, historical, or romance, these cat tales provide plenty of entertainment and thrills!
It will soon be available both as an ebook and in paperback, published by Fire Star Press.