Skip to content
Welcome back readers!
Many apologies for the interruption of The Chronicle. The thing is that we’ve both been busy. Keith has been writing three books and I – well I’ve been involved in a bit of a mystery on the island. You’ll be able to read about it in due course, in the novel DEATH IN TRANSIT. 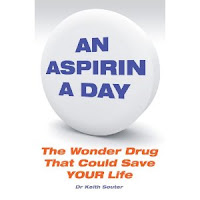 So what sort of books has Keith been writing? Well they have been on diverse topics – one is going to be about Aspirin – the wonder drug, another is about Talking, and the third is about Dice and Dice Games.
Have a look in the column alongside. 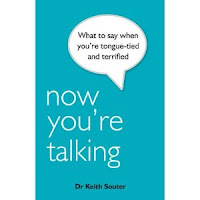 Aspirin and Talking will be out this summer alongside Schoolboy Science Remembered. We are excited about that one. 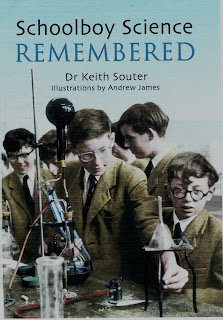 Here’s what the cover says:
A fantastic foray into the world of science and schoolday experiments which involve turning household goods into exciting but informative experiments. Dr Keith Souter explains the science behind the simple but fun experiments and, by understanding how they work, it will also help to explain the world around you from the position of the Harvest Moon to the composition and osmosis of food and drink. Discover how to make your own kaleidoscope, crystals and even a steam turbine from an old cocoa tin and why you ll never want to compost a floppy potato again. A must-buy book for everyone interested in what happens when and why. The Theory of Everything is contained in these fact-filled pages. Did you know? Steam engine designer, George Stephenson, was inspired by a kettle lid rattling under the pressure of steam Moth balls or Alka Seltzer can be turned into a self-propelling boat Mirrors can be used to help people recover from strokes and even paralysis
It is illustrated by Andrew James, the subject of an earlier interview.